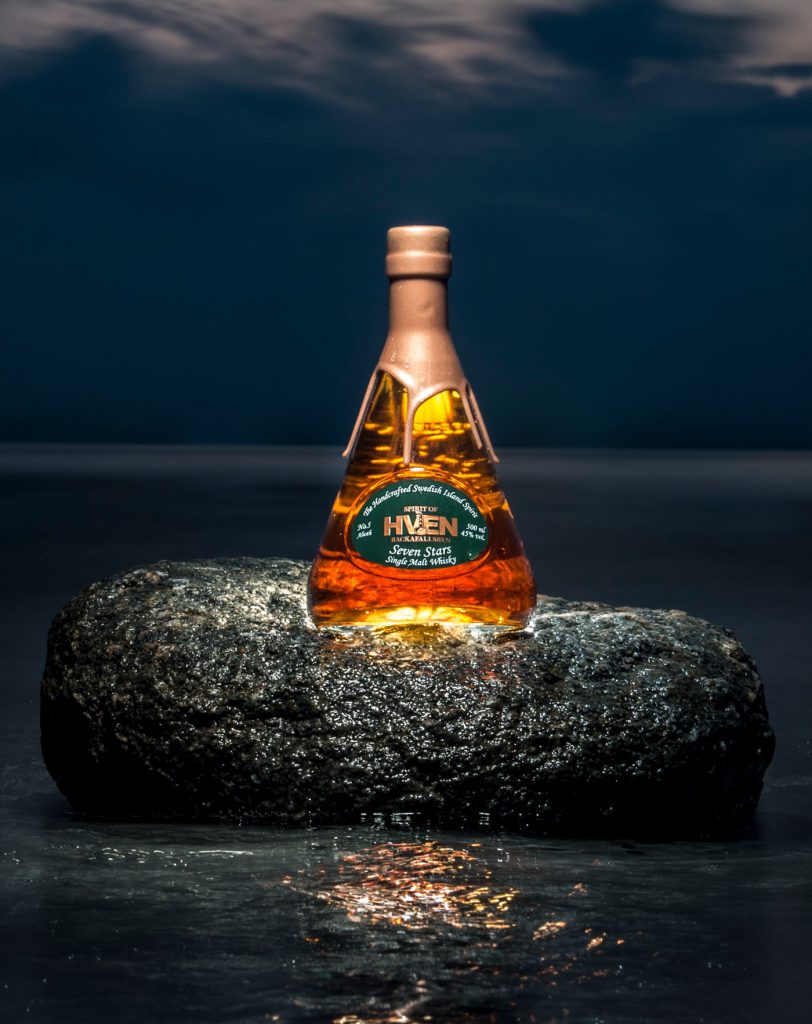 This whisky is the fifth in the Spirit of Hven “Seven Stars” series. It is a moderately peated single malt whisky, made from grain to bottle in the small family owned distillery situated on the island of Hven in the strait between Denmark and Sweden. It has got its name from the star Alioth in the asterism Ursa Major (the Plough).

The recipe for Alioth is 8% Chocolate malt, 48% Peated malt and 44% Lager malt. The distillate has matured on 10,8% French Petraea, 25,6% French Robur and 63,6% American Muehlenbergii. The whisky has had a finish on 500L marrying casks made of Spanish Quercus Robur. These have previously held a unique dry Oloroso Sherry, providing a dry nutty, almond character together with notes of raisins; new cut fruit wood and citrus all in an enticing harmony. The Oloroso gives typical “flor” character.

Without water the first nose discovers a distant bonfire, some seaweed curled up on the beach and sweet raisin notes from the honey marinated pipe tobacco. There are clear chocolate notes together with a dry citric, jelly bean scent.

The taste is pungent and balanced mid-tongue. Very dry palate, from the fresh oak and mature Oloroso. No residual sweetness, still no harsh tannins and bitter notes. 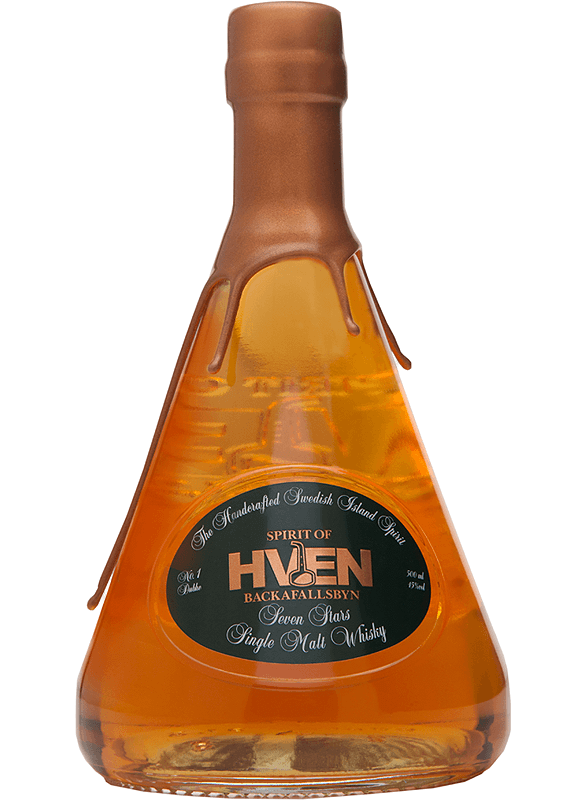 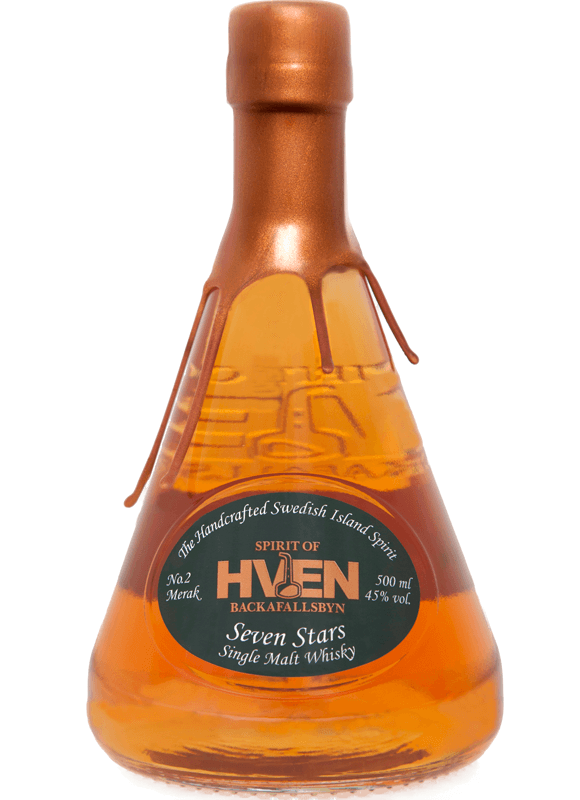 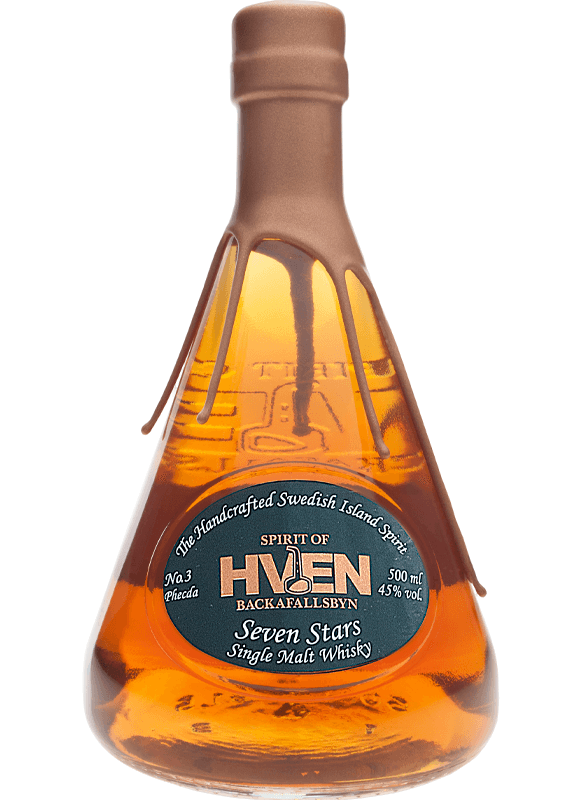 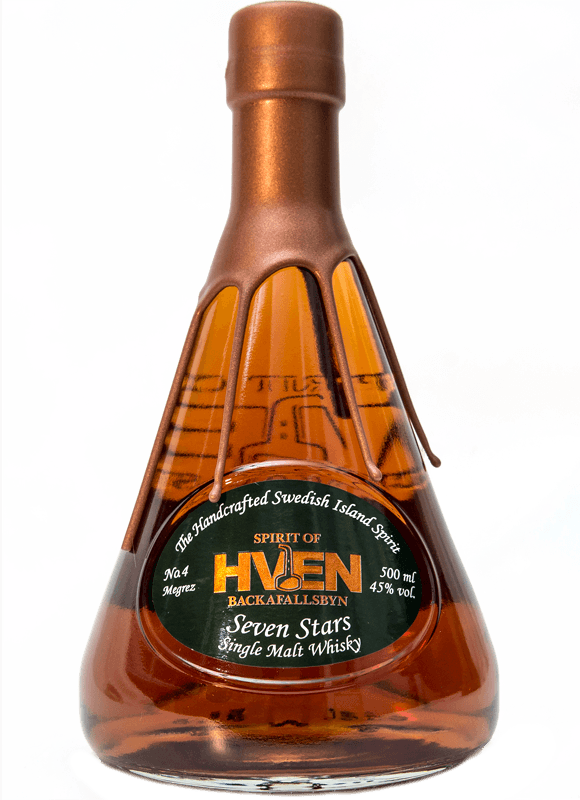 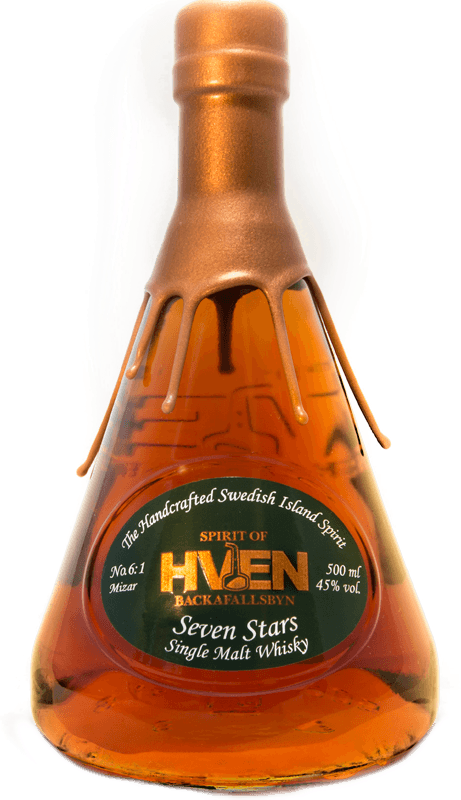 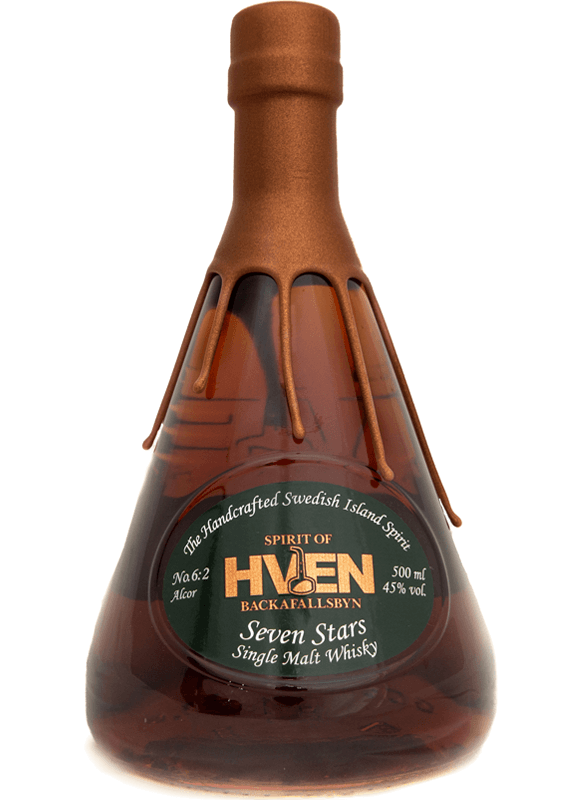 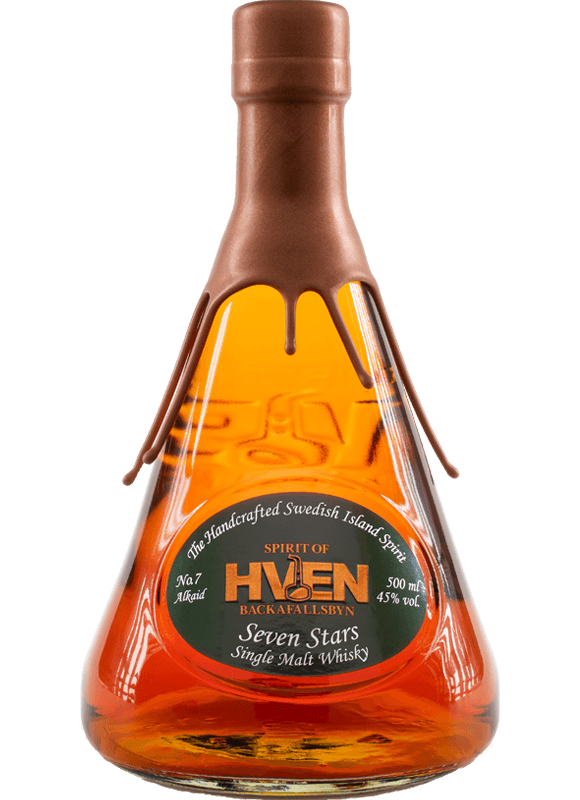